Angels on the sidelines,
Puzzled and amused,
Why did Father give these humans free will?
Now they’re all confused,

Don’t these talking moneys know that,
Eden has enough to go around?
Plenty in this holy garden, silly monkeys,
When there’s one you are bound to divide it,
Right in two,

Angels on the sidelines,
Baffled and confused,
Father blessed them all with reason,
And this what they choose,

Monkey killing monkey, killing monkey,
Over pieces of the ground,
Silly monkeys give them thumbs,
They forge a blade,
And when there’s one,
They’re bound to divide it,
Right in two,

Monkey killing monkey, killing monkey,
Over pieces of the ground,
Silly monkeys give them thumbs,
They make a club,
And beat their brother down,
How they survive so misguided is a mystery,

Repugnant is a creature who would squander the ability to life an eye to heaven conscious of his fleeting time here,

Cut it right all,
Right in two,

Fight over the clouds, over wind, over sky,
Fight over life, over blood, over prayer,
Over head and light,
Fight over love, over sun,
Over another, Fight…

Cut it right all,
Right in two, 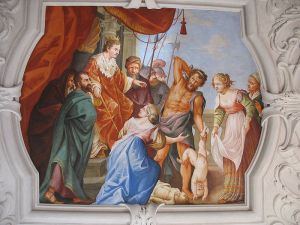 I cast the Judgment of Solomon upon my fellow Americans.

This swaddled child of fragile democracy passed down to us from generations of proud Americans shall be for neither the leftwing nor the rightwing — we shall divide it in half. For we cannot come to terms and no aggrieved party shall ever be satisfied henceforth.

Just as the internet already has become complete in its utter division and quartering-off into tightly bound untouching spheres; as shall the the Union be broken forever and the United States shattered to nothing but individual states so that if any union is to be formed it may be formed anew. The same sword that the slew the free web should also slay the entire United States for the electronic landscape is but a mere reflection of what we are as a modern people and as a modern society.

We as a people, as a political and deliberating body, do not communicate any longer and as such it is time to crush the false former preconception that there is such a structure in this world called “The United States of America” as such an entity does not currently exist.

There is but one fair solution: we part our ways from the notion of unity altogether.

Freedom and liberty can be redefined, just as morality and justice have been in the present day.

We will survive, but first we have to lay down and die.

We will thrive, but first we must lay our head in the guillotine. 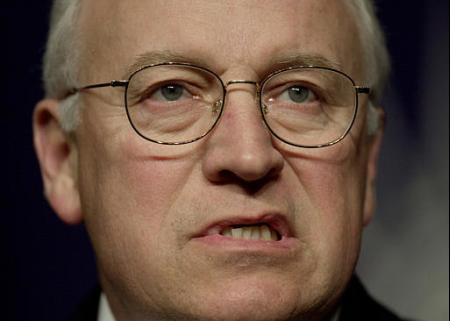 I wholeheartedly disagree with the statement that President Obama has made the country any less safe since entering office. The notion that immoral practices will make us any more safe from terrorism is counter-intuitive to my core beliefs.

The approved torture methods of the Bush administration have presented one of the greatest threats to our continued national security to date.

Not only is it disgraceful for Cheney to criticize the current administration as a member of the former but also as to his own level of personal integrity to turn the issue of national security on it’s head by denying the immorality of torture tactics.

The Politics of Fear remain the only tool left to Neo-Conservative Americans.

I see a land of injustice where prosecutions of some order are not undertaken. Those who wrote the legal opinions used to justify these torture tactics must face consequences.

The Justice Department cannot dispense justice onto itself.

A Special Prosecutor must be appointed.

If anything, President Obama has yet to do enough to restore justice and security to our nation.