Ans: About the market value and resale value of a jar of table salt.

Humans are cheap. From a logical and scientific perspective we are nothing more than deluded carbon, salts and simple sugars thinking to ourselves we have some value beyond decaying in the soil to nourish plant life.

I personally don’t accept a purely scientific view of the world and the life all around us. But this here is the solid truth when people ask what a human life is worth, what value a human has to the world.

It’s something like $ 2.50, or less. When we are disassembled to our base components there is nothing to look at except a small pile of materials from the chemistry room. Rather mundane ones at that.

That is provided we define “worth” as having to do with money, which we all know is the only thing that matters anyway.

After the passing of this week’s resolution to encourage Tea Party leaders to repudiate racism within their ranks, the NAACP has received a number of death threats at local units and chapters around the country.

The following chilling voice message was left at the NAACP’s Hollywood Bureau.

Warning: the language is intense, disturbing, and definitely not safe for work. The FBI has been notified.

I just got done talking to a conservative in live chat saying just about the same thing to me, minus the death threat only because an admin was watching.

No doubt this outright death threat ala “the streets will run red with blood” fails to represent all conservatives out there, but I really need people to stop fooling themselves here: this brand of hatred is not uncommon and not unheard of when we are talking right-wing politics.

All you have to do is take a look and a listen to the real live conversation going on and not the bullshit filtered form of mass communications via the Internet. These people make entire media empires built on the bedrock of hate for blacks, for the poor, for immigrants, for civil servants, for liberals, for everyone but themselves.

People in the U.S. need to stop acting so surprised when rabid dogs taught only how to attack and incite violence by their media overlords stand up and express themselves like this man did.

There you have it. That’s why I hate conservatives so much, because they take the time to talk like this directing their comments directly at me. And why? Because they don’t like anyone messing with their lies and racist comments, they seriously believe they can spread hate speech unchallenged.

I’ll never stand down. You’ll have to kill me to get me to stop speaking the truth. The only thing I did wrong was ever let a lowlife conservative get under my skin, even the highest caliber among them are not worth the mental effort. You can’t fix stupid.

This phone call from a tea party racist is a great example of why the unpatriotic tea party is nothing but the destruction of American Democracy from within. These vile people are not welcome in this blog and not welcome anywhere near me. Since they refuse to reject the racist scum in their mix, they are all racist scum now as far as I am concerned.

Anyone with a functioning brain feels the same at this point. This shit has run its course, it’s time for the conservative racists like Breitbart and Beck for be called out for the pieces of trash they are. 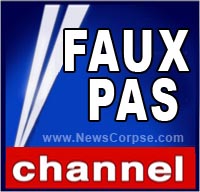 Until today I was a subscriber to the only (pseudo) liberal voice on Fox News.

How do I cancel my subscription with PayPal?

“This subscription has been canceled.“

I’m not giving one more red cent to this racist enterprise.

On the long list of voices to hear on talk radio Alan Colmes is hardly the evil cretin that others prove themselves to be on a daily basis, but he is a man who sits there and allows outright harassment to take place against himself and others then proceeds to try and defend the haters at the expense of the victims.

As long as he doesn’t open his mouth about Fox News bull crap all is dandy in fact-checking respects, but  I’ve grown tired of his inability to stand up for the people that matter.

I’m proud to cancel my small amount of dollars going to Roger Ailes and the rest of the racist goon squad at Fox News.

Since the only person they would ever hire not a Nazi racist is someone like Alan Colmes, I don’t think they deserve any support even for their so-called “liberal voice.” 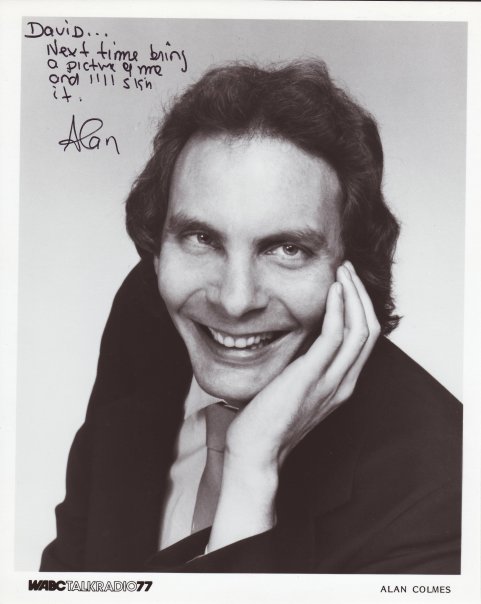 For all the lies told up until this point in regards to Shirley Sherrod’s supposed “racism” it might have been wise for some of these conservative race baiters (Sean Hannity, Andrew Breitbart) to actually talk with the “white farmer” (Rodger Spooner) in question before they report this non-story as anything but Chapter Two of the Racist Witch Hunts via Breitbart.

SPOONER: “I’ve never been treated no better … I don’t know what started the racism mess … they just want to stir up some trouble, it seems to me.”

Just like the racist witch hunt against ACORN, and prior to that Van Jones, this is all a perfect example of why conservatives are not to be trusted in the media. They will lie at the drop of a hat and care nothing for the consequences of spreading hatred, racism and bigotry. If even one person checked out the facts before running this story on any cable news network, it never would have aired in the first place.

And shame on Obama for bending over backwards in each of these cases to people who obviously are nothing but fascist, racist scum.

The sooner Obama sees that no conservative anywhere wants anything but to lie and deceive the better off we will all be. Anyone not sick of this bullshit at this point is obviously not interested in truth, democracy or freedom. They have their racist talking points and their scape goats and they will burn the United States to the ground before they give them up.

Visit msnbc.com for breaking news, world news, and news about the economy

Visit msnbc.com for breaking news, world news, and news about the economy

The Newsweek cover story for this week examines the issue of  “The Creativity Crisis.”

If there is any truth to a decline in creativity in the U.S. it likely stems from a lack of value for the arts and a lack of healthy national discussion over the value of art itself in our society.

But the discussion almost always goes straight to:

I like to go through it backwards, because I’m weird.

The truly obscene becomes a form of art all on its own. Even without the creator ever holding such an intent. It’s really, really bad art. But what the SCOTUS defines “protected obscene speech” is bunk. The more obscene something becomes the more we should be taking cares not to expose young impressionable minds to this art, but I would defend it as free speech even when I find the expression itself downright immoral and disgusting.

I do draw some lines, however. The most recent example that helps to define my view of what art is would be the SCOTUS ruling on ‘crush‘ films as protected. This violates my standard of harm being caused to living creatures for the sake of art, therefore I must stand opposed to protecting ‘crush’ films for they are not fictional animals being slaughtered for entertainment. This standard of mine applies to all art forms, as long as no harm is done in course of making your art I have no desire to shut you down even if you produce a product I find more than merely questionable in nature.

One example of ‘questionable art’ finding its way into American Culture would be the appearance of anime featuring a naked young vampire girl slaying people on Hulu and YouTube with partial white blurring over the scene. I found that single scene not only offensive but outrageous. However, I would be upset to hear of people trying to get the videos pulled for the crime of poor taste.

Art of value is able to invoke any topic and any feeling without being merely obscene, but I have always argued that the only way we will ever be able to discover and reveal the great works of art to be found in our times is to loosen our neck-ties about what exactly we call “art” in the first place.

My medium is words, mostly written but spoken word as well. I used to be able to produce illustration that did not stink, most recent attempts looked like I was five years old. I have focused too much on my writing and any drawing talent I have has fully withered at this point. I’ve also always enjoyed pottery especially wheel pottery. I have never produced a painting I would want to show anyone, and having so little success with that medium I have never been privy to its joys.

This here is art, this post and this blog and this account. It’s a hybrid art, something like ‘HTML Art’ should apply here. Some of you might think I’m playing games or being annoying with something I post, but this is just a place to express for me. And the art I find most interesting is usually the art that pushes out our sensibilities and confronts the subject matter directly. And that is essentially what I think art is: all creative expression under the limit of doing real harm. I wonder if anyone has a shorter definition and if anyone thinks the SCOTUS definition of “socially redeeming value” has any merit. I personally think that such an absurd and arcane definition of art in the United States and the absolute lack of focus on the importance of the arts in our mainstream culture is why the Torrance study cited in Newsweek showed a decrease in the creativity in our kids.

Until we out-grow our puritanical stage, we cannot grow as a larger society.